A Pool in the Sky

A pool on an upper floor of a downtown hi-rise is not that unusual. Unless of course, it has to be constructed after the crane used to transport the concrete to the top of the structure has left the site.

That was the case when, due to last minute design changes, K&S pools were contracted to install the pool on the Charleson condominium project in downtown Vancouver long after the crane had left the site. Adding to this challenge was the fact that landscaping and finishing around the pool site were almost done and the suites themselves were nearing completion.

Concrete had to be pumped almost straight up nine stories from the ground level against a finished exterior that couldn’t be damaged in any way. A tall order indeed, but Torrent’s design team had the answer. A 3-story scaffolding walk-up was erected to secure the piping for the shoot, and a landing platform was erected on the ninth floor at pool level. 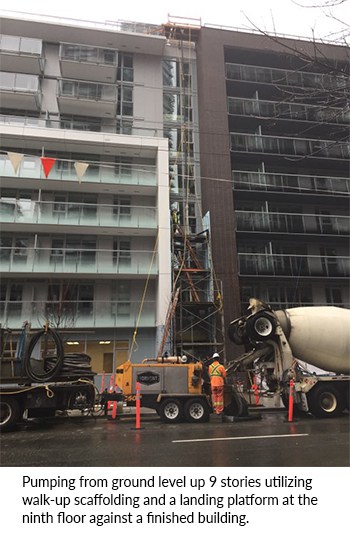 This innovative set up allowed the Torrent team to prime the pipes and hoses to the pool area in under a minute while keeping everything safely away from the finished building exterior. Combining this creative solution with Torrent’s high-powered pumping capability allowed the pool and spa area to be shot with the same level of efficiency as if the shoot was taking place at ground level with the pump only 30 feet away! 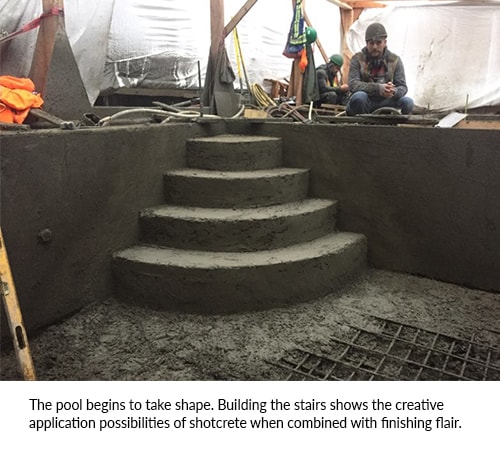 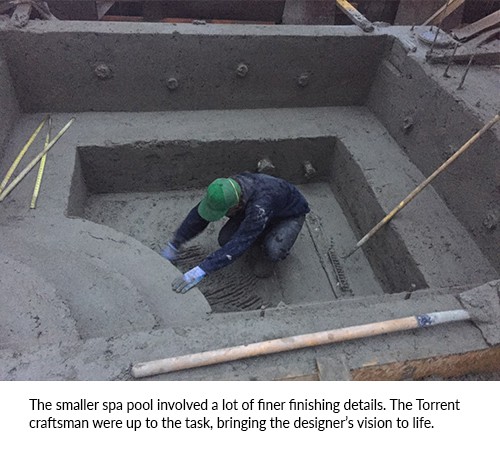 It’s just another example of how Torrent’s solution-based creativity and planning prowess continues to allow its clients to explore options that never could have been considered in the past.