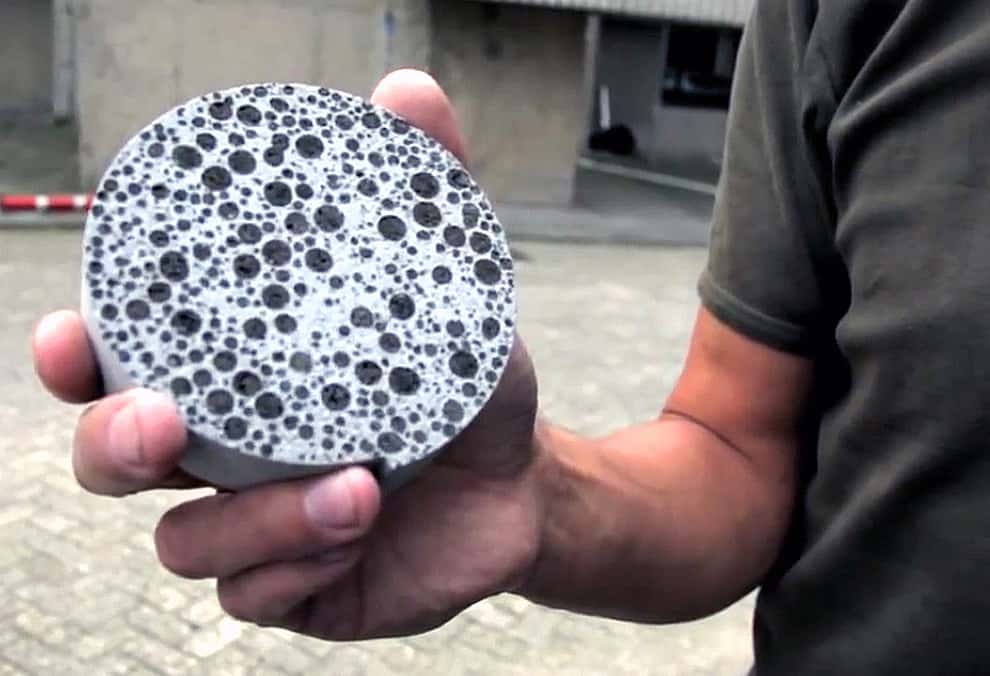 Concrete is the world’s most common building material and while it is long-lasting, it’s not indestructible. Ever since the Romans built the pantheon from it some 2,000 years ago, we’ve been trying to find ways to make concrete more durable.

No matter how carefully it is mixed or reinforced, all concrete eventually cracks and the problem with cracks is leakage. If you have cracks, water comes through. If this water gets to the steel rebar reinforcement, corrosion can occur causing potentially serious structural damage.

A professor at Delft University of Technology in the Netherlands, Henk Jonkers has come up with a way that he believes will give concrete a much longer life and solve the challenge of cracking and subsequent leakage.

He calls it Bioconcrete. Essentially, it’s concrete that heals itself using bacteria.

The bioconcrete is mixed just like regular concrete, but with two extra ingredients – limestone-producing bacteria and calcium lactate – the combination of which acts as a healing agent. The bacteria, either Bacillus pseudofirmus or Sporosarcina pasteurii, is found naturally in highly alkaline lakes near volcanoes, and is capable of surviving for up to 200 years without oxygen or food.

In order to keep the bacteria dormant until it is needed, it is placed in small, biodegradable capsules containing the nutrient. It remains intact during mixing, only dissolving and becoming active if the concrete cracks and water gets in. When the concrete does eventually crack and water enters the gaps, the water comes into contact with the bacteria. The bacteria then germinate, multiply and feed on the lactate, and in doing so they combine the calcium with carbonate ions to form calcite, or limestone, which closes up the cracks.

Jonkers hopes his concrete could be the start of a new age of biological buildings.

“It’s combining nature with construction materials,” he says. “Nature is supplying us a lot of functionality for free – in this case, limestone-producing bacteria. If we can implement it in materials, we can really benefit from it. I think it’s a really nice example of tying nature and the built environments together in one new concept.”

Innovations like these point to a continued bight future for concrete construction in the years to come. Kindred spirits like Henk Jonkers inspire us to build for the future and look for exciting new ways to bring innovation to the clients we serve.