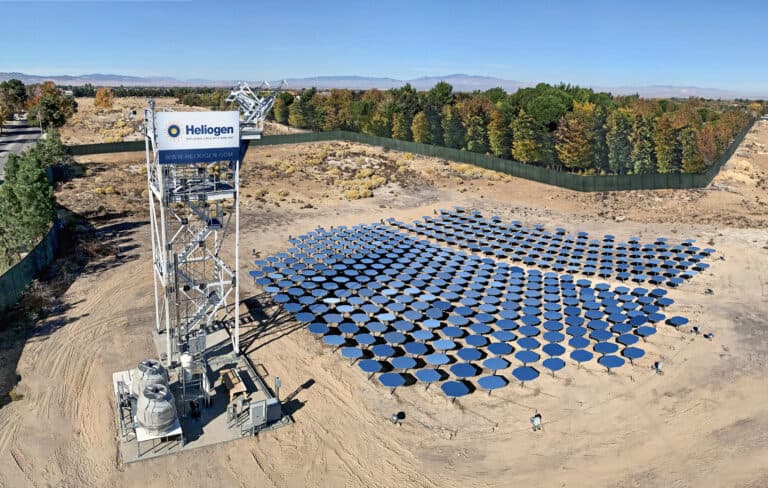 Our business here at Torrent revolves around concrete and concrete’s main ingredient is cement. Unfortunately, the production of cement, up until now, has been dependent on fossil fuel and is responsible for approximately 8% of global emissions of CO2. But that could change soon with new technology that has just been revealed to the marketplace.

An American solar energy tech company, back by investors including Microsoft co-founder, Bill Gates, has announced that it has developed a way to create concentrated solar energy at temperatures hot enough to replace fossil fuels in industrial processes that contribute significantly to global carbon emissions.

It works by using cutting-edge computer vision technology to align a large array of mirrors to reflect sunlight to a precise target. The process creates immense heat, exceeding 1,000 degrees Celsius (1,832 Fahrenheit), that can replace traditional fuels such as coal, gas and oil in the production of materials such as cement, steel and petrochemicals Los Angeles-based company, Heliogen, said on Tuesday morning that it achieved the high-temperature milestone at its commercial facility in Lancaster, Calif.

It described the innovation as a “major step towards solving climate change” that could dramatically reduce greenhouse gas emissions from industrial processes.

In addition, Heliogen said it believes its technology is on track to ultimately produce temperatures up to 1,500 degrees Celsius, hot enough to split carbon dioxide and water to make hydrogen and other fossil-free fuels.

How much of the world’s climate crisis does this address?

“Oh, it’s huge,” Heliogen founder and CEO, Bill Gross said. “Cement alone is 8 percent of all global emissions, so if we can take the CO2 out of cement, that would be almost one-10th impact right there. … I think a very, very significant portion of the CO2 we put in the atmosphere can be taken out by the sun, and there easily there’s enough land to do it.”

Read more about this fascinating and exciting new solar breakthrough along with an interview with Bill Gross by clicking on the link below: